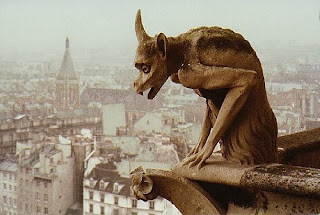 From the New York Times:

WASHINGTON — The fight over a proposed same-sex marriage law here heated up this week as the Roman Catholic Archdiocese of Washington said that if the law passed, the church would cut its social service programs that help residents with adoption, homelessness and health care.
Under the bill, which has the mayor’s support and is expected to pass next month, religious organizations would not be required to perform same-sex weddings or make space available for them.
But officials from the archdiocese said they feared the law might require them to extend employee benefits to same-sex married couples. As a result, they said, the archdiocese would have to abandon its contracts with the city if the law passed.
The church’s social services arm, known as Catholic Charities, serves 68,000 local residents, including about a third of the city’s homeless people, who go to city-owned shelters managed by the church, city officials said.
The threat is not the first time a religion-based provider of social services has said it would stop providing services in response to a same-sex marriage law, gay rights advocates say.
In 2006, Boston’s archbishop, Sean P. O’Malley, said that Catholic Charities there would stop its adoption-related work rather than comply with a state law requiring that gay men and lesbians be allowed to adopt children.


The Washington Archdiocese released this statement:


“Religious organizations and individuals are at risk of legal action for refusing to promote and support same-sex marriages in a host of settings where it would compromise their religious beliefs,” said Susan Gibbs, spokeswoman for the archdiocese, “This includes employee benefits, adoption services and even the use of a church hall for non-wedding events for same-sex married couples.”


When the Boston Arch-diocese ended it's adoption services they claimed it was because they did not want to be forced into a position where they would have to compromise their religious beliefs by being forced to procure adoptions for qualified same sex couples and individuals. What they try to keep quiet is the fact that prior to this decision they had in fact provided services to GLBT parents several times in the past.  From the Boston Globe we find their inconvenient truth:

Over the last decades, the Globe reported, approximately 13 children had been placed by Catholic Charities in gay households...

Agency officials said they had been permitting gay adoptions to comply with the state's anti-discrimination laws. But after the story was published, the state's four bishops announced they would appoint a panel to examine whether the practice should continue. In December, the Catholic Charities board, which is dominated by lay people, voted unanimously to continue gay adoptions.


But, on Feb. 28, the four bishops announced a plan to seek an exemption from the anti-discrimination laws. Eight of the 42 board members quit in protest, saying the agency should welcome gays as adoptive parents.


It seemed the Catholic Church was trying to punish the community for allowing marriage equality to extend to GLBT people while not having the belly to admit the level of their bigotry. With that lesson behind us we can see clearly that the decision in Washington has little to do with the homeless and a lot to do with the same punitive thinking that was here in Boston had suspected all along. This is about the Catholic Church wanting to inflict their will upon society, nothing less. It is a shameful act that harms innocent people that have nothing to do with the policies the Church is at odds with. Let the world take notice of this ugliness and decide for themselves the motivations behind these changes.

I doubt this act will endear the Church to the society of tomorrow, but rather it serves to underscore just how out of touch and disingenuous it has become. Being a former Catholic I can only shake my head in amazement at this last unbelievable act with and console myself that perhaps the public will recognize they've gone too far this time and stop monetarily supporting the Vatican's hateful agenda.
Posted by John Hosty at 11/13/2009 09:16:00 PM

I have hope that when the current Pope kicks the bucket, the RCC will moderate and become at least somewhat emphatic.

The Catholic 'church' has allowed the Pope to pervert its self. The Catholic "Church" is attemting to strong arm the Capitol district of the United States (thats us guys) into submission.
The Catholic's are acting like gangsters.
They should be called the Catholic mob.

just goes to show how goofy the catholics and their rules are.

Stop tempting Christians. You are destroying us.

William, This issue is not about tempting anyone, it's about free will and whether we owe it to one another or not. I'm fine with your disapproval, I think you overstep yourself when we try to control me though. I deserve the same rights you do, neither of our rights interfere with the others.

The reason I have written open criticisms of the Church is in hopes that it will influence change for the better. I personally would like to the Church survive and even flourish, but it should do so in a healthy way, and that means to put it's focus back on unconditional love.

Until the Church purges itself of the evil within and it's lack of love it can continue to diminish because people know the truth. 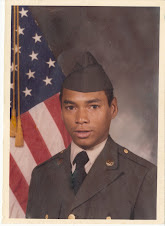 This is who we put in prison
Let me finally return to Dwight Macdonald and the responsibility of intellectuals. Macdonald quotes an interview with a death-camp paymaster who burst into tears when told that the Russians would hang him. "Why should they? What have I done?" he asked. Macdonald concludes: "Only those who are willing to resist authority themselves when it conflicts too intolerably with their personal moral code, only they have the right to condemn the death-camp paymaster." The question, "What have I done?" is one that we may well ask ourselves, as we read each day of fresh atrocities in Vietnam—as we create, or mouth, or tolerate the deceptions that will be used to justify the next defense of freedom.